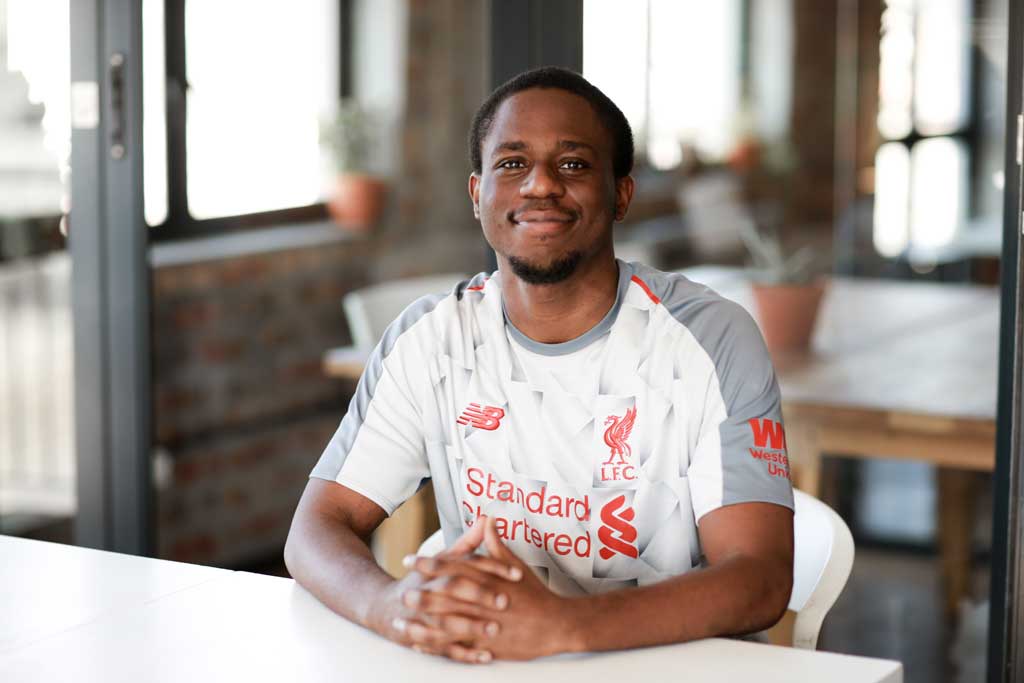 As a trainee engineer, he was part of the founding team that built the Nelson Mandela University Eco Car, a fuel efficient prototype vehicle that competed in the inaugural African leg of the Shell Eco Car Marathon Challenge 2015 in Johannesburg. The team won the perseverance award that year and has gone on to become African current record holders for the most kilometres achieved on a single litre of petrol, 220 km/l.

He is a research intern at the Research Cluster on Formal Structures, Algorithms, and Industrial Applications at the University of Johannesburg. He is the founder and co-director of Open Delta Pty LTD (enterprise no: 2020/050708/07), a holding company with interests in education, fashion and IoAgric (Internet of Agriculture).He is also a Mathematics and Physical Science mentor for high school students as well as a tutor for undergraduate and postgraduate Mechanical and Industrial Engineering students. He is an avid Liverpool supporter and a lover of football, cooking and film art.